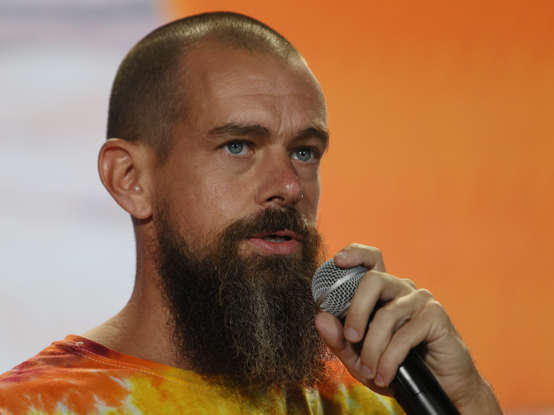 The college student who tracks Elon Musk’s private jet on Twitter said his family “can’t really believe it won’t just go away,” after his account was suspended and Musk threatened legal action against him.

Jack Sweeney told Insider that he was home with his mom when he saw Musk’s tweet about suing him and others “who supported harm to my family.”

“I think they were just amazed at how this keeps on going on and how Elon is so bothered by it,” Sweeney said about his family. “They can’t really believe it won’t just go away.”

Twitter suspended Sweeney’s account tracking Musk’s jet, @ElonJet, on Wednesday, along with over 30 other jet-tracking accounts Sweeney runs for celebrity jets, like those used by Taylor Swift and Mark Zuckerberg.

He replied to his tweet by saying a car carrying his son, X, in Los Angeles “was followed by crazy stalker (thinking it was me), who later blocked car from moving & climbed onto hood.”

“Legal action is being taken against Sweeney & organizations who supported harm to my family,” Musk tweeted.

Last night, car carrying lil X in LA was followed by crazy stalker (thinking it was me), who later blocked car from moving & climbed onto hood.

Legal action is being taken against Sweeney & organizations who supported harm to my family.

Sweeney told Insider he doesn’t know what the relevance of the incident is to him since he only tracks Musk’s private jet, and Musk isn’t always a passenger on it.

When he first saw Musk’s tweet about suing him, Sweeney told Insider he “was really surprised, maybe for a couple of seconds,” before his rational thoughts set in.

“It seems like he’s just trying to scare me and it’s not going to work,” he said.

Sweeney just finished finals at the University of Central Florida, and is starting winter break.

“I wanted to come home and have a break because I wanted to catch up on stuff and now everything is just nuts,” Sweeney said.

On CNN, Sweeney’s grandmother said it’s “kind of scary” to see her grandson go up against one of the world’s richest men.

When asked what her message to Musk is, his grandmother said, “Oh, he better not forget that I’m his grandma, that’s all I gotta say.”

Trump: ‘We Are at the Brink of World War III’

‘Holey’ mackerel sky! Dozens of planes punch holes into clouds across the Southeast

HUNT FOR THE PINK FLAMINGO: How the most bizarre rescue saga ever, captivated a nation