MEMPHIS, TENNESSEE: ‘Three 6 Mafia‘ member Gangsta Boo was found dead at the age of 43 on Sunday, January 1, 2023. Often considered a pioneer of female rap, her career began in the 1990s when she linked up with Juicy J, Lord Infamous, Crunchy Black, Koopsta Knicca, DJ Paul, and other members of the group. The tragic news was confirmed by her former labelmate DJ Paul who posted a photo of her on Instagram as a tribute.

The cause of death was not given officially but TMZ reports that it is drug-related. Gangsta Boo was reportedly at a local concert in Memphis with her brother when Boo’s sibling started overdosing sometime in the night and was hospitalized. The sibling was eventually fine but the rapper passed away. People close to this incident insist that narcotics were found on her. A fentanyl-laced substance is believed to be at play. The outlet reports that a police investigation has been launched and the cause of death will be announced officially after the autopsy. Lola Chantrelle Mitchel worked with ‘Three 6 Mafia’ on their initial five studio albums, including 1995’s ‘Mystic Stylez’, ‘1996’s Chapter 1: The End’, and ‘2001’s Choices’. She left the group in the early 2000s.

While she was with the iconic hip-hop group, Boo released solo albums we well, including ‘Enquiring Minds’ in 1998, followed by ‘Both Worlds *69’ in 2001. It is said that Boo left the iconic hip-hop group in 2002 due to monetary issues and creative differences. She told MTV News in 2001, “I’m officially not a member of Three 6 Mafia right now. I’m not going to be on the new Three 6 Mafia album unless they got some old songs that they’ve [already] recorded. But I’m not going to willingly participate in going to the studio and recording with Three 6 Mafia. There’s no problem. Sometimes people grow apart, and basically, that’s what it is. There’s no drama, no beef. It’s still the same. I just kind of grew apart, and I’m not doing things that they’re doing. I’m not cursing in my music no more. We just grew apart like a marriage.” 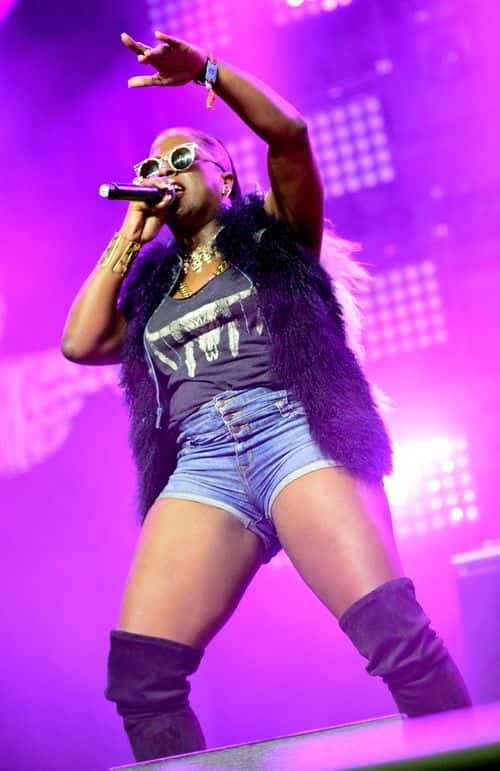 Fox13Memphis confirmed that Boo was found dead at approximately 4 pm. It is said that around the time she left the group, she found God and changed her name to Lady Boo to differentiate her identity from the one associated with the group. At the time, she told MTV, “He came to me. Half of my family is saved, and I didn’t even realize that. He just always had a calling on me and I was kinda running from it. I was in and out of depression, and nobody was really around to take me away from that, so I would always end up praying to Him. I guess the stronger my prayer got, the more He was pulling on me.”