Apolice officer was gunned down in Canada while responding to a vehicle stuck in a ditch – minutes after finding out he had passed the probationary period to get his “dream job.”

Constable Grzegorz Pierzchala, 28, of the Ontario Provincial Police, responded to the scene on Indian Line Road in Haldimand County at about 2:40 p.m. Tuesday, the CBC reported.

Upon arrival, the cop was allegedly shot by Randall McKenzie, 25, who had failed to appear in court on gun charges, according to the Toronto Sun.

Pierzchala, who was shot in the chest and leg, was rushed to a local hospital, where he died.

McKenzie fled in a black Chevy pickup but was soon arrested along with his girlfriend, who has not been named.

Constable Grzegorz Pierzchala was gunned down when he responded to a car stuck in a ditch Tuesday.OPP 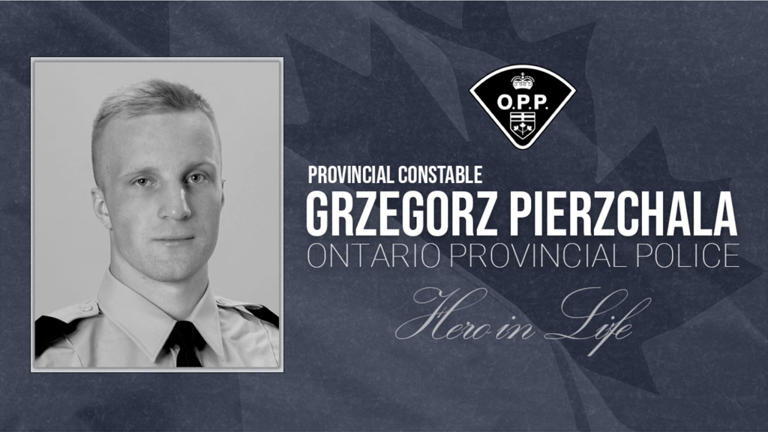 Pierzchala had learned minutes before that he had passed his 10-month probationary period on the force.OPP

Images posted on social media on Tuesday show fellow officers lining the streets as his body was transported to the coroner’s office in Toronto.

Before going out on his fateful call, Pierzchala learned that he had passed his 10-month probationary period on the force, OPP Commissioner Thomas Carrique said.

“This is a man who, at five years old, decided he wanted to be a police officer and he had a brief opportunity to live out his dream and to do his best to keep our community safe,” Carrique said, the Hamilton Spectator reported 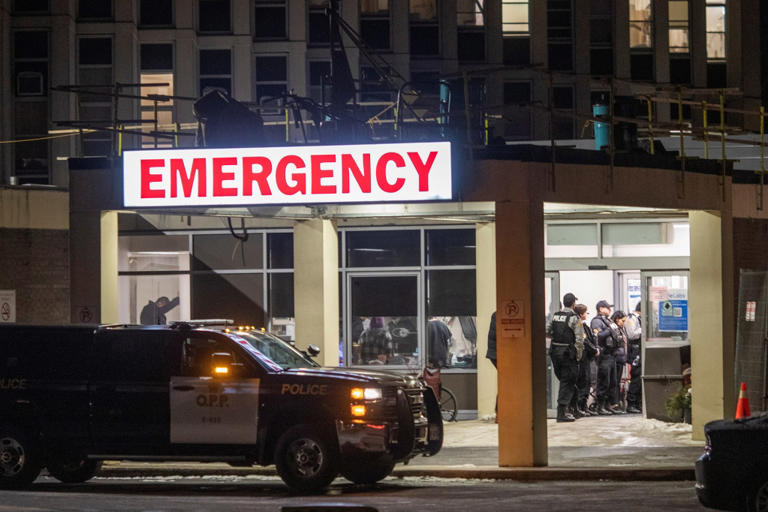 Pierzchala reportedly knew he wanted to be a police officer since he was five years old.REUTERS

“And unfortunately he paid the ultimate sacrifice today,” he said, adding that the fallen cop also was a veteran of the Canadian Armed Forces.

It is with an extremely heavy heart that I regretfully advise that #OPP Provincial Constable Grzegorz Pierzchala was killed today while courageously serving in the line of duty,” Carrique said in a tweet.

“Our hearts are with his loved ones and all OPP members at this tragic time. #HeroesInLife,” he added.

Carrique said McKenzie was taken into custody with moderate injuries, but that the officer is not believed to have fired his service weapon at him.

“This is a horrific incident,” she told the Global News in a statement. “Our thoughts and prayers are with the officers family, as well as the OPP and first responders.”

Bentley added: “On behalf of the county I express our deepest condolences and support in this tragedy.”

Ontario Premier Doug Ford said he was “horrified” by the officer’s death.

“Thank you to the officers who apprehended the suspects without incident,” he said in a tweet. “Our first responders are true heroes. We share in the pain felt by family, friends and the entire police community as Ontario mourns this loss.”

Ford added that “Pierzchala was killed while honoring his oath to protect his province. He represents the best of us. My prayers are with him, his family and friends. It’s impossible to understand their grief right now. Ontario is thinking of you.” 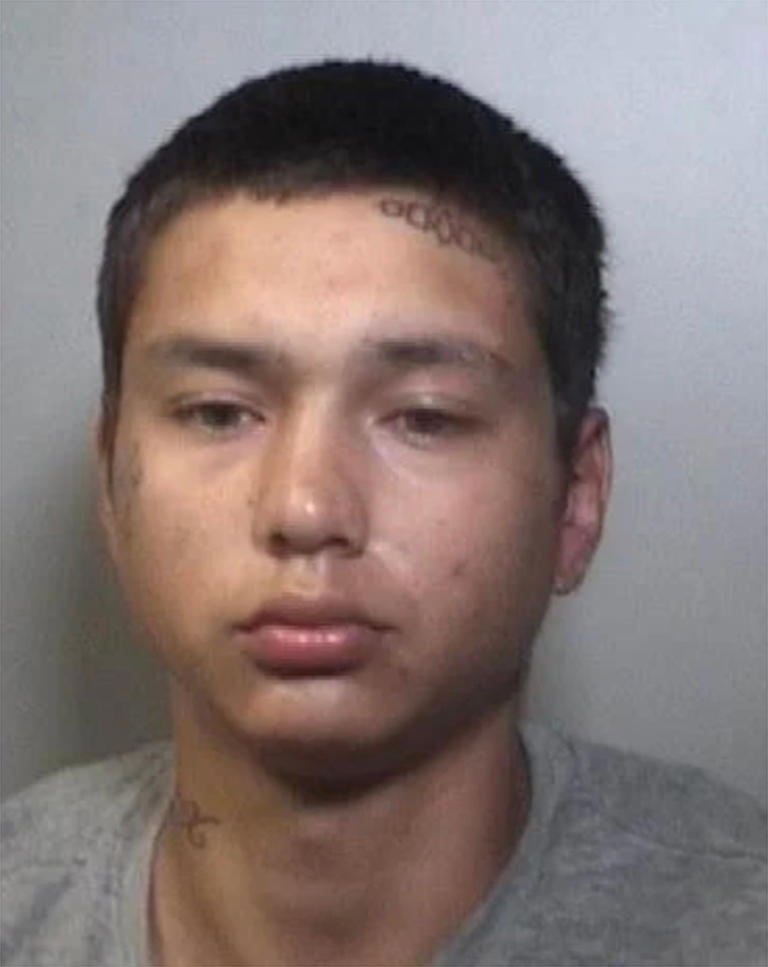 Randall McKenzie had failed to appear in court on gun charges before the shooting.OPP 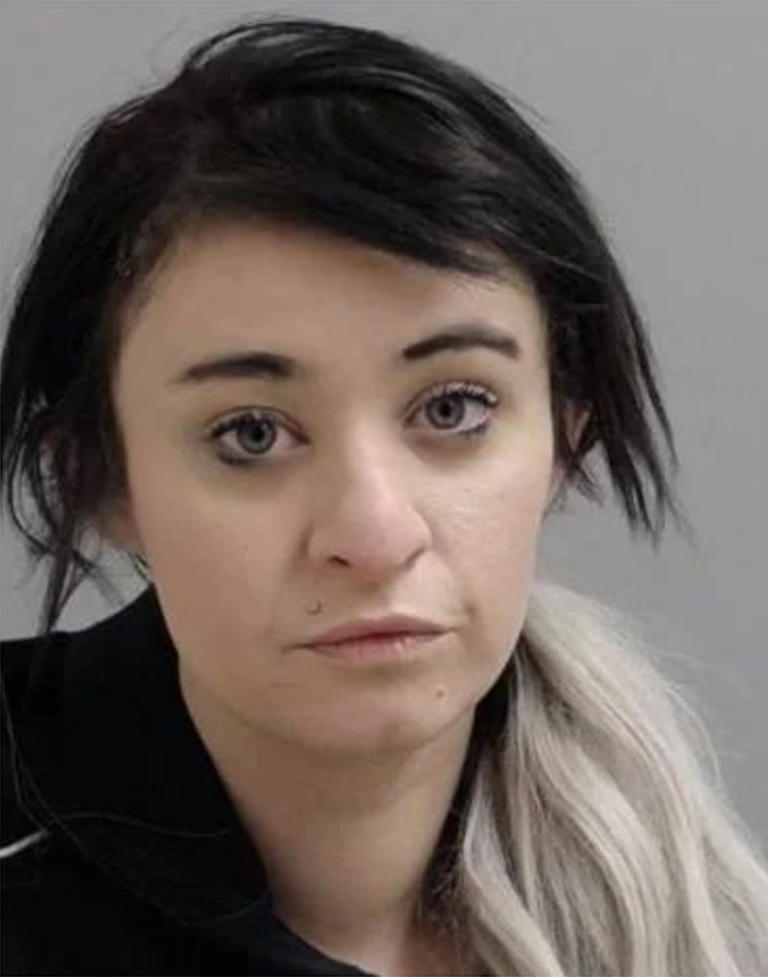 McKenzie was arrested along with his girlfriend, who has not been named.OPP

The area where Pierzchala was killed also is home to Mississaugas of the Credit First Nation and next to Six Nations of the Grand River, according to the CBC.

Stacey Laforme, chief of Mississaugas of the Credit First Nation, said the community was mourning the loss.

“We are relieved to hear that the people involved have been taken into custody,” Laforme said in a statement to the CBC. “Our thoughts and prayers are with the family and friends of the police officer who was shot and killed this afternoon.”

“To his family, friends, and colleagues — the thoughts of all Canadians are with you,” he said in a tweet.

Toronto Police Officer Shawn Geris, who was Pierzchala’s wrestling coach at York University 10 years ago, remembered the young man asking about what the job was like, the Hamilton Spectator reported.

Geris said he had hoped to present Pierzchala with his police badge when he graduated from Ontario Police College, but that COVID-19 restrictions prevented it.

“This was his dream job. This was what he wanted. And he knew the dangers of the job because I’d talked about that before with him,” he said.

Trump: ‘We Are at the Brink of World War III’

‘Holey’ mackerel sky! Dozens of planes punch holes into clouds across the Southeast

HUNT FOR THE PINK FLAMINGO: How the most bizarre rescue saga ever, captivated a nation