Rock band Journey members may have gone their ‘separate ways’ on their political stance.

APOPKA, FLORIDA: Journey band’s founding member Neal Schon is making sure the band doesn’t remain intact with its value. After 68-year-old guitarist learned that his bandmate and keyboardist Jonathan Cain played ‘Don’t Stop Believin’ at Donald Trump’s event at the Mar-a-Lago gala last month. Schon has since sent a cease-and-desist letter to attorneys of Cain prohibiting him from playing the rock band Journey’s music at Trump’s events.

Schon’s attorney claims Journey fans are “up in arms” over Cain’s affiliation with Trump, cited the letter obtained by New York Post. The 72-year-old has been a part of Trump’s inner circle since his wife, televangelist Paula White has served as Trump’s spiritual adviser. “Mr. Cain has no right to use Journey for politics,” the letter alleges. 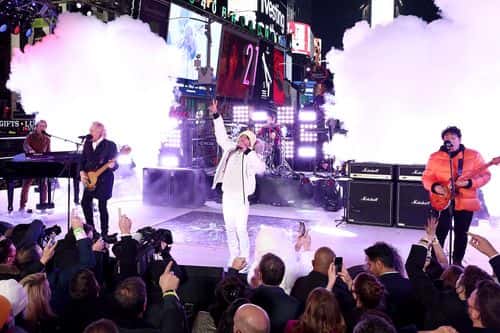 During November a viral video made rounds on the internet showing Cain performing at Trump’s event, where Marjorie Taylor Greene, Kimberly Guilfoyle, and Kari Lake acted as background singers on the famed Journey song Don’t Stop Believin. Cain, Schon, and estranged Journey singer Steve Perry are credited as writers of the 1981 stadium anthem, but the founding member wants to make a clear distinction between the involvement of individual artists and the band.

“Although Mr. Cain is free to express his personal beliefs and associations, when he does that on behalf of Journey or for the band, such conduct is extremely deleterious to the Journey brand as it polarizes the band’s fans and outreach. Journey is not, and should not be, political,” the Schon letter reads. “Mr. Cain has no right to use Journey for politics. His politics should be his own personal business. He should not be capitalizing on Journey’s brand to promote his personal political or religious agenda to the detriment of the band,” the letter stated, reported New York Post.

The letter’s intent is not to “further add to the animosity that is currently plaguing the band and the relationship between Mr. Schon and Mr. Cain,” which has been tense for many years. “What Jon Cain has done here violates that duty” to the band and the Journey brand, the letter claimed. To prove the band’s principle, Schon’s attorney pointed to a 2017 radio interview Journey did in Singapore in which the keyboardist himself agreed the band is “not political” and that members try to “stay in our lane.”