Ahomeless dog who had been roaming the streets was spotted asleep in baby Jesus’ crib, after he took shelter in an outdoor nativity scene. The discovery attracted the attention of locals in Brazil back in 2008, but, with Christmas fast approaching, the heartwarming story has resurfaced once again. The nativity set was set up outside of a church located at the central square of Criciúma, a city in the Brazilian state of Santa Catarina.

Having nowhere else to go, the apparently homeless German Shepherd puppy curled up sound asleep and considered the makeshift stable as a wonderful temporary home to sleep in.

Surrounded by plastic animals for company, and the angel to watch over it while it slept, the dog couldn’t have a better pair of eyes to ensure it stayed safe. The dog’s story echoes that of the Christmas nativity, with Mary and Joseph struggling to find a place to take refuge when Mary was about to give birth.

Spectators came the next day to see the wonderful nativity scene and found the pup next to baby Jesus. There were plenty of awws to be had as well as pictures being taken of the scene. 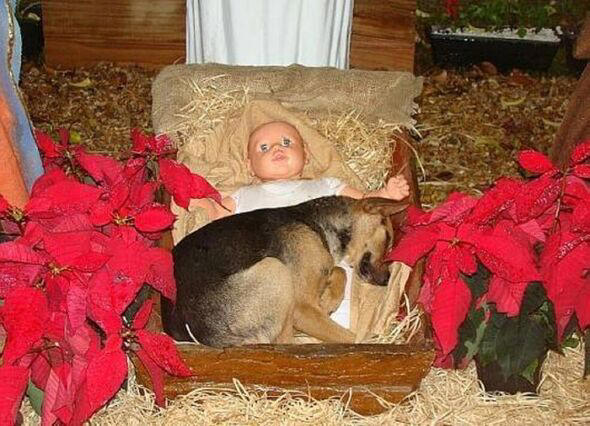 It can only be hoped that someone opened their heart and home to the homeless puppy and provided it with some good holiday cheer that year.

The sweet images were shared around the world thousands of times as a reminder of how compassionate we should be this holiday season, especially to those in need.

People reacted by expressing their emotions as the picture was shared on social media. Someone said: “I hope someone took him in and is sharing some love his way, poor thing.”

While someone else wrote: “Aww… Be still my heart! This is so heartbreaking! Hope someone took it into their home!” 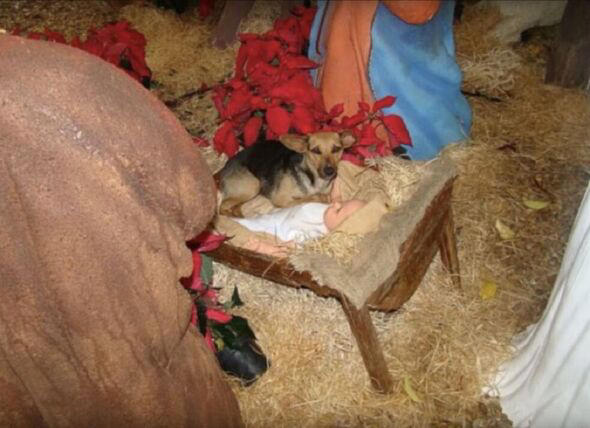