Atasteless card game was spotted by eagle-eyed viewers in the background of a shot which showed Prince Harry at Kensington Palace. A Cards Against Humanity game was seen in a shot featured in his own Netflix docuseries with wife, Meghan Markle. The adult party game features controversial remarks about public figures, including the late Queen and missing child Madeleine McCann.

It was spotted during the six-hour Netflix series in a photo of Harry posing in his military uniform inside Nottingham Cottage. Cards Against Humanity can be seen on the floor next to the Duke’s dressing table in the photograph.

Ingrid Seward, editor of Majesty Magazine, said the box of cards in Harry’s room was telling. She told The Sun: “This game is sick. It is ridiculous and utterly tasteless whether you are a monarchist or not.”

A blurb on the box markets reads: “Unlike most party games you’ve played before, Cards Against Humanity is as despicable and awkward as you and your friends.” 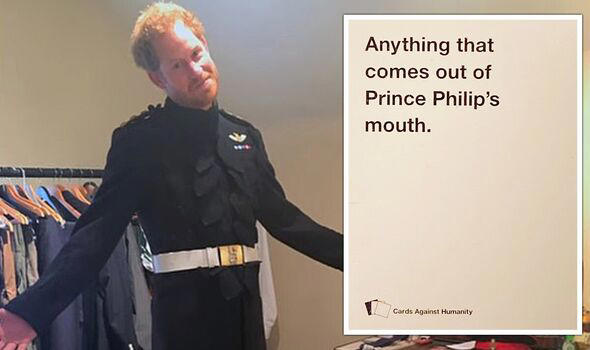 The aim of the game is to choose an answer to a “fill-in-the-blank” card.

The winner of each round is the person who has chosen the most shocking and offensive answer card. It was created by a group of friends in Chicago who admitted one of their aims was to “tarnish” the Royal Family.

The cards not only mock the late Queen Elizabeth II but also her husband the late Duke of Edinburgh.

The cards also reference topics including the Holocaust, the late Princess of Wales and king of pop, Michael Jackson. 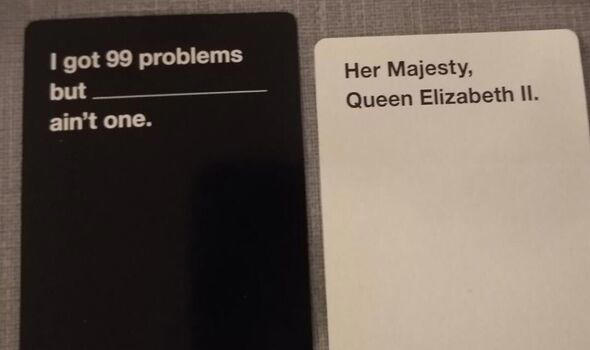 Since the game was only spotted in the photograph, it remains unclear whether the cards belong to Harry or Meghan or whether they have even played it

Viewers were divided over the reaction to the sighting of the cards in Harry’s room.

One viewer said they “could not believe it” when they saw the game’s black box packaging, because it “mocks the Queen and other members of the Royal Family”.