The future king “twisted the screws” on his mother by allegedly refusing to pay her son Prince Andrew’s accuser a reported $13 million unless she publicly proclaimed Camilla the next queen. Andrew was embroiled in a US civil court case with Virginia Giuffre, who claimed she was trafficked to him by the royal’s late pedophile friend Jeffrey Epstein and his now-incarcerated girlfriend Ghislaine Maxwell. The prince vehemently denied the allegation but went on to settle out of court despite allegedly not having the funds to pay his accuser off. Sources have now claimed that Charles capitalized on his younger brother’s predicament.

“It was a once-in-a-lifetime opportunity to keep conniving Camilla happy — and Charles seized it,” a source alleged to Radar Online. “I’m told Charles knew Her Majesty was desperate to get Andrew off the hook at any cost — and he named his price to do it.” The future monarch reportedly proposed that he wouldn’t impede the multimillion-dollar settlement if Camilla was named queen. Author Christopher Andersen revealed the details of the alleged deal in his new book, ‘The King: The Life of Charles III’. The source added, “Charles was in a position where he needed the queen to endorse Camilla as they approached the Platinum Jubilee… and these things converged.” 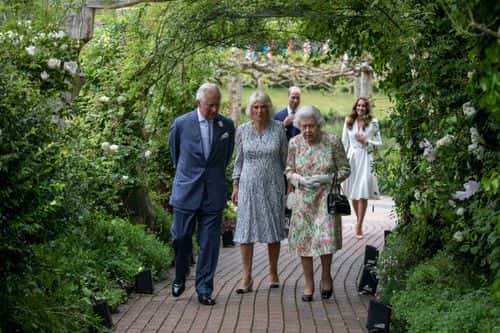 The confrontation allegedly took place several months before the Queen died at her Balmoral retreat in Scotland on September 8. According to Radar Online, the royal family was stunned by the monarch’s sudden February announcement that it was her “sincere consort when Charles succeeded her.” The insider continued, “They didn’t have a clue this was coming. Now we know the truth. Charles apparently realized the millions Her Majesty wanted to spend to bail out Andrew would effectively come out of his own inheritance — and he made his mother an offer too dangerous to ignore. If Her Majesty refused his proposal, Charles would reject Andrew’s settlement deal, plunging the royal into yet another scandal.” 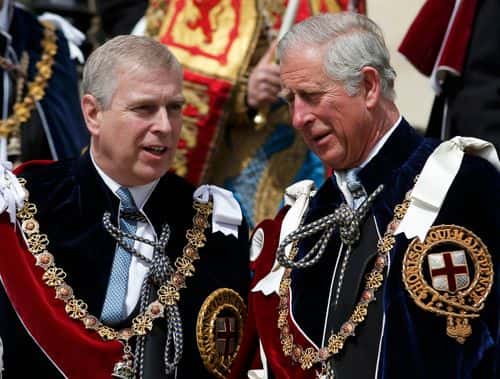 Another palace insider alleged that Charles resorted to playing games with his dying mother while under considerable pressure from Camilla. “He’d already persuaded his mother not to push him aside in favor of his son Prince William and beloved Kate,” the source claimed. “However, Camilla wasn’t content with being called Princess Consort, which Charles had promised her when they wed in 2005. Her goal has always been to be queen. But Her Majesty was reluctant — until Charles apparently pulled out his ace card.”

The courtier further alleged, “During one of their marriage crises, Camilla threatened a tell-all book exposing his deepest secrets, including his kinky sex habits. He knows he can’t allow her to go rogue now. He’d have to retract Camilla’s Queen Consort title himself. Make no mistake, Charles has waited for decades to become king, and he wants to cement his place in history. He won’t let anything or anyone — even Camilla — stand in his way.”