John Mellencamp, the renowned singer-songwriter who famously sang “Ain’t That America,” was pictured sitting for the national anthem during the Indianapolis Colts-Philadelphia Eagles game Sunday.

Mellencamp was in a box high above Lucas Oil Stadium, and one NFL fan snapped the picture and sent it to OutKick 360’s Dan Dakich. The singer was seen sitting and eating popcorn while others around him had their hands over their hearts and listening to “The Star-Spangled Banner.” 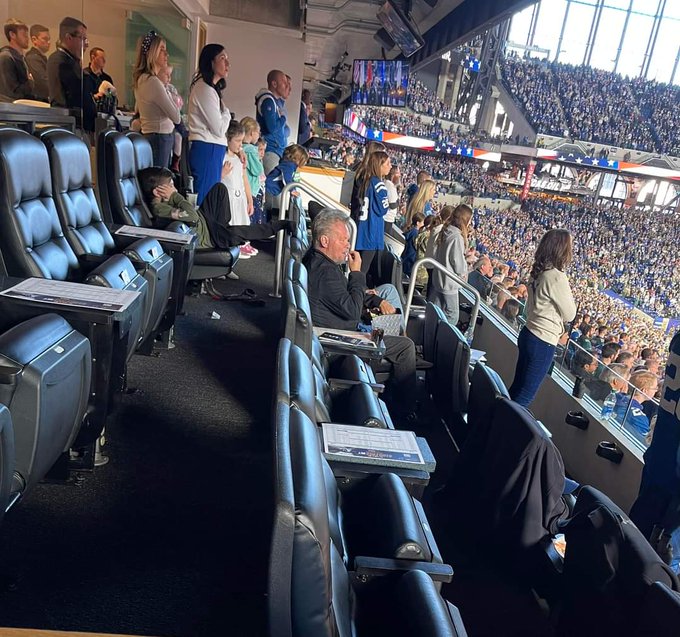 The 71-year-old in the past has been an open supporter of former San Francisco 49ers quarterback Colin Kaepernick and the Black Lives Matter movement. Kaepernick created a firestorm in 2016 when he protested during the national anthem before NFL games. His decision to take a knee to bring attention to police brutality and racial injustice was met with scorn and praise.

In 2018, just days before Super Bowl LI at U.S. Bank Stadium, Mellencamp appeared on the “Late Show with Stephen Colbert” and took a knee and raised a fist in the air after singing “Easy Target.”

Mellencamp blamed then-President Trump and his administration for politicizing Kaepernick’s decision to kneel.

“Taking the knee started purely and simply as a protest of racial and social injustice,” Mellencamp told the Associated Press at the time. “Sadly, it was politicized by the current administration. The song is simple and the protest is pure.”

On Sunday, the Eagles would get the best of the Colts 17-16.

Walmart CEO: Stores could close with uptick in shoplifting