WILLIAMSON COUNTY, TENNESSEE: Naomi Judd‘s daughters, Ashley and Wynonna have been accused of breaking a court order that required them to hand over documents as part of their fight to seal their late mother Naomi’s death records. Naomi, 76, died at her Tennessee property from a self-inflicted gunshot wound on April 30.

The Judds sisters, who want the inquiry file about their mother’s death to be sealed, say that the papers are “private, incredibly sensitive, and do nothing more than re-open the fresh wounds of Naomi Judd’s death.” The defendants, however, have contended that the file should be provided since it contains public records.

The 911 calls from Ashley, who was present at the scene when the incident occurred, the body camera footage from the scene, images of the note Naomi left for her family, texts between Ashley and the family psychologist, and various images of guns on the property are all included in the file that the family wants to remain sealed. The distribution of the material, according to Naomi’s daughters, would be extremely upsetting for them. 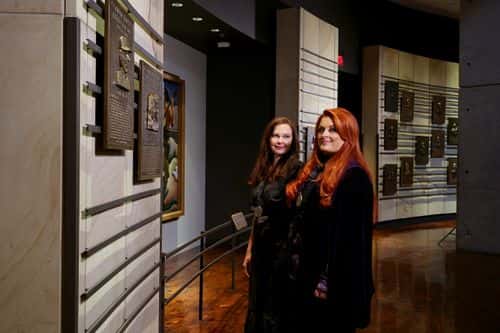 The records are public records, and the sheriff and local journalists have advocated for their release. The legal dispute has been very heated. The journalists are now claiming that the Judd family disregarded the court’s order and schedule in the case, according to court documents acquired by RadarOnline.com. They claimed that the Judd family had ignored their requests for information and papers to be provided by a certain date.

On the other hand, Wynonna and Ashley claim they have issues with some of the requests and have never disobeyed a court order. “Not only was the written discovery sent last minute – but it included a request for production of ALL written communications SENT or RECEIVED by Plaintiffs regarding their wife and mother’s death. This request not only invades the privacy of the Plaintiffs – the very purpose of this action, but certainly includes communications which are entirely irrelevant and could not even possibility lead to the discovery of relevant evidence,” the Judd family attorney wrote. “The Plaintiffs have received thousands of unsolicited communications from fans expressing condolence. It would take Plaintiffs months and at great cost to even attempt to compile all of the communications.”

6 mins ago I'm Going To Narnia

9 mins ago I'm Going To Narnia

15 mins ago I'm Going To Narnia

Woman Drops Off Something Nasty to the Police Station