When Reps. Byron Donalds (R-Fla.) and Burgess Owens (R-Utah) were elected to the House in 2020, they helped make history by pushing the number of Black Republicans in Washington to its highest numbers since 1891: three.

That record could be broken this year, depending on the outcomes of more than two dozen congressional races in which Black Republicans are on the November ballot.

Heading into the primary election season, the National Republican Congressional Committee boasted that more than 80 Black Republicans were running to represent Americans in Washington. Although that number has dwindled to 28 as the nominating season has ended, GOP leaders hope this Election Day could be the start of a growing trend.

Republican leaders say the dissatisfaction with President Biden’s policies, combined with an electorate that says the Democratic Party is moving too far to the left, will lead voters to back more Black Republicans this fall. The party has experienced a small increase in support among Black voters in the past two election cycles and officials hope that will continue as more Black Americans — candidates and voters — seek an alternative to the Democratic Party.

Donalds is excited about the Black Republicans throwing their names into races this election cycle.

“What you’re seeing with these Black candidates is that we understand public policy, we understand the Constitution, we support rule of law, we support limited government,” he said. “And I think what you’re finding in some of these areas is we also happen to be the best candidate in the field.”

The National Republican Congressional Committee counted 81 Black Americans running as Republicans in 72 primary congressional districts this year, up from 27 candidates in the 2020 election cycle. The nominees for next month’s elections include 22 men and six women. Some are first-time candidates, while many have repeatedly run for office, albeit unsuccessfully. Very few have political experience in local and state offices, but many have military experience. And they are running from states as varied as California, Missouri, Florida and New Jersey. 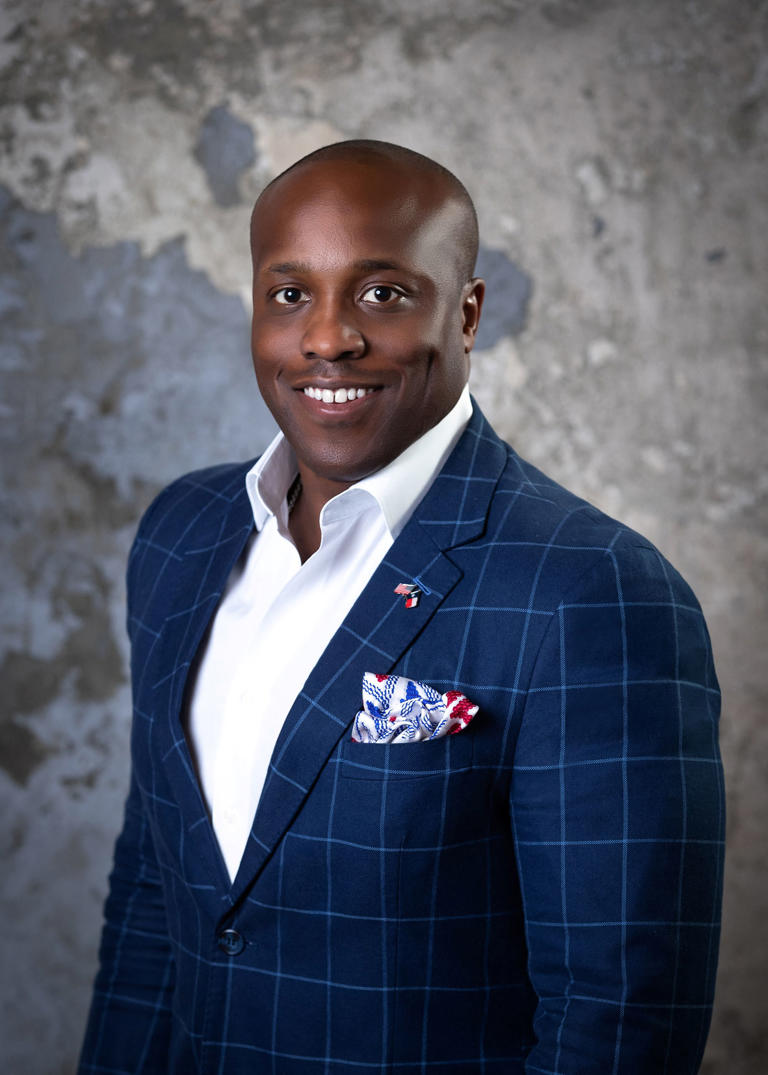 Wesley Hunt is a Republican candidate from Texas running for the U.S. House.© Wesley Hunt/Reuters

Republicans are especially hopeful about House candidate Wesley Hunt, a West Point grad and Army veteran, who won the GOP primary in a new conservative-leaning district outside of Houston and is leading his Democrat opponent in the polls. The lifelong Republican said voters — including Black and Latino Americans — are drawn to his campaign out of frustration with Democrats and a desire to have their voices heard.

“From a policy standpoint, a lot of people aren’t satisfied or happy with what we’ve seen in the last 20 months since the Biden administration started,” he said.

“And you’re seeing Black conservatives no longer hiding from what we do traditionally and how we’re supposed to vote and stepping up and saying, ‘It’s okay to be Black and conservative,’ ” Hunt added.

GOP efforts to win Black voters and slow the defection of those remaining in the party are not new, said Leah Wright Rigueur, author of “The Loneliness of the Black Republican.” But she said the party’s attitudes toward Black candidates this cycle is noteworthy.

“What is far more surprising is the Republican institution’s actually investing in Black candidates, be it through endorsements or more importantly, money,” the Johns Hopkins University history professor said. “That is what’s rare.”

The GOP also is strongly supporting Walker, whose campaign has been rocked by allegations that he paid for an abortion for a former girlfriend.

The most recent efforts to diversify the GOP started a decade ago after Sen. Mitt Romney (R-Utah) attracted a smaller percentage of Black voters than any of the recent Republican presidential nominees before him. He won 6 percent of the Black vote that year, according to exit polls.

Some critics on both sides of the aisle argued that the Republican Party’s decision to make Donald Trump, then a businessman and former reality television star, its 2016 presidential nominee would reverse the effort made to show Black voters that the GOP could be their political home. But although polls showed him to be a wildly unpopular candidate with Black voters, Trump did better than Romney. He received the support of 8 percent of Black voters in 2016, and it grew to 12 percent in 2020.

Danielle Alvarez, communications director for the RNC, said the goal for this midterm election is to expand the number of Republicans from underrepresented groups elected to Congress from two years ago. In addition to nearly 30 Black candidates, Republicans candidates seeking House seats include 13 Asian Americans, 33 Hispanic Americans, three Native Americans and 80 women.

“Last cycle, we actually flipped 15 seats in the House and every seat was a candidate who was Black, a woman, a veteran or Hispanic,” she said. “And we’re seeing even more diverse candidates running.”

“I think this administration is devastating Americans and especially diverse and minority communities,” Alvarez added. “And I think that’s why you’re seeing interest in folks running for office. And you’re seeing a trend where the Republicans are growing our party” within diverse communities.

But Black voters, who still overwhelmingly back Democratic candidates, should not be expected to crossover out of racial loyalty or solidarity with a group identity, said former Republican National Committee chairman Michael Steele, the first Black American to serve in that position.

“If they’re waving a MAGA flag, I don’t know that that’s going to sell in the Black neighborhoods, but I’ve been known to be wrong,” said Steele, a frequent critic of today’s GOP.

Some Black Republicans argue that it makes sense that there should be more Black representation in the halls of Congress for the party that originally supported the abolition of slavery.

The GOP was the preferred party of Black voters before Franklin D. Roosevelt’s New Deal put forth a number of programs that helped low-income Black Americans secure housing and jobs, prompting more Black voters to back the Democrat Party. Further efforts to desegregate the U.S. military and the federal government spearheaded by Harry S. Truman increased Black support of the Democrat Party. And Lyndon B. Johnson’s signing several pieces of civil rights legislation into law solidified what is now a decades-long relationship between Democrats and Black voters, although an often vocal contingent of Black conservatives have always remained.

Despite Republicans touting increased support among Black voters, especially Black men, the GOP remains unpopular with Black voters overall because of policy positions and personalities that many Black people have considered racist or intolerant. A Washington Post-Ipsos poll conducted this year found that three-quarters of Black Americans say the Republican Party is racist against Black Americans; a quarter say the same about the Democratic Party.

Currently 56 Black Americans serve in the House, along with two nonvoting delegates for D.C. and the U.S. Virgin Islands.

This year’s group of Black GOP candidates appear to have a level of support from national party leaders and donors that could swell the number of Black Republicans serving in the House and Senate.

“In the past, Black Republicans struggled to get money and support from the Republican infrastructure even when candidates were able to raise a lot of money,” Rigueur said, referencing candidates like Kimberly Klacik, who lost her 2020 special election to Democrat Kweisi Mfume by 40 points despite a viral ad that caught Trump’s eye blaming Democrats for Baltimore’s blight, crime and other urban challenges.

Thanks largely to small donors across the country, Klacik raised more than $8 million.

“They’re not endorsing every single Black Republican that is running now,” Rigueur added. “But if they are endorsing a candidate, they either believe that the candidate could win or at least be disruptive enough to shift the texture of the race.”

Hunt, the Texas congressional candidate, said more Black GOP lawmakers in Congress could help close the country’s racial and cultural divides. He told The Post that the absence of more Black Republicans to advocate for the Black community at Republican tables has ultimately put Black Americans at a disadvantage.

“We need Black voices as Democrats and Republicans,” he said. “To not have many people of color on both sides of the aisle really diminishes our ability to articulate the Black experience in America.”

34 seconds ago I'm Going To Narnia

4 mins ago I'm Going To Narnia

9 mins ago I'm Going To Narnia

Woman Drops Off Something Nasty to the Police Station