“Effective immediately” inmates in the medium-security, all-male prison known as the Northpoint Training Center in central Kentucky, would need to have “searchable hair” if they traveled in or out of the facility – to court, another institution, or to the hospital – or were placed in solitary confinement.

Portable Generators For Sale – Are You Hurricane Prepared?
Ad 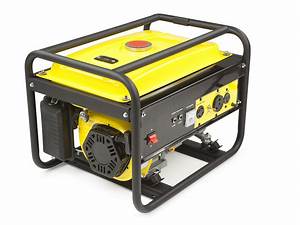 “Braids, corn rolls [sic], dreadlocks etc. are not permitted if they are not searchable,” the memo states. Inmates would be given 30 minutes to remove those hairstyles or it would be cut from their heads and filmed by officials for documentation like any other use of force.

The prison also pulled black hair-care products from canteen shelves, according to a federal lawsuit filed by the inmate. USA TODAY also reviewed internal prison documentation and video of Thurman’s locs being forcibly cut, which were obtained through public records requests.

Carlos Thurman, 50, alleges in his federal court complaint against the Kentucky Department of Corrections leadership that his constitutional right to religious liberty and expression as a Rastafarian were infringed upon by the prison’s policy against dreadlocks. In group grievances filed with the prison and letters to Department of Corrections leadership last spring, Thurman argues that he and other Black inmates were being racially discriminated against and their First and Fourteenth Amendment rights violated.

The lawsuit comes amid a growing national debate over hair discrimination against black people. The U.S. Army updated its grooming policy last year to allow for more inclusive hairstyles, California in 2019 became the first state to ban hair discrimination and the U.S. House passed a similar measure in March.

Thurman’s lawsuit argues that he is a practicing Rastafarian who wore his hair in dreadlocks per his beliefs.

“Even though there is not an explicit racial discrimination claim in the complaint, I firmly believe that what happened to him is part of how prisons treat black men differently,” said Heather L. Gatnarek, staff attorney with the ACLU of Kentucky Foundation, which is representing Thurman.

Thurman alleges that in retaliation for his filed grievances and appeals, the prison leadership abruptly decided to transfer him to another facility and forced him to cut his locs.

“While my hair was being cut, NTC staff were laughing with each other while staring at me. Even after because of how my hair looked with the dreads cut. This was humiliating to say the least,” Thurman wrote in a letter to  Kentucky Department of Corrections Commissioner Cookie Crews.

Despite the fact that “the ‘searchable hair’ policy explicitly references hair being searched, at no point during the transfer process did (prison officials) attempt to search Mr. Thurman’s hair,” the lawsuit states.

That same day, two other black men who wore their hair in dreadlocks also had their hair forcibly cut by prison officials without any efforts to search the hair, the suit said. Meanwhile, a white inmate with long hair down to the middle of his back was not forced to cut his hair or searched for contraband.

“A lot of the time you have policies that are facially race neutral – meaning they don’t say anything about race in the language of the policy – those policies can nevertheless be discriminatory against Black people who are wearing natural hairstyles or protective hairstyles intimately connected with the Black identity,” said Michaele N. Turnage Young, senior counsel at the NAACP Legal Defense and Educational Fund, Inc.

In an email, Kentucky Department of Corrections spokesperson Katherine Williams said the department’s search policy “applies to all inmates regardless of race or gender” and that the department is in the process of reviewing and refining it.

That policy, reviewed by USA TODAY, makes no mention of braids, corn rows or locs, and states that an inmate may choose the length of his hair, and wear a mustache, beard or both. There is no reference to hair needing to be searchable.

Williams said by email that the memo at Northpoint regarding searchable hair was issued by the facility’s former warden and is no longer in effect at the prison. She added that “it does appear that some other facilities also had this requirement regarding dreadlocks,” but did not specify how many or who put those requirements in place.

“This requirement is no longer in effect at any facility,” Williams said, declining to comment further on the memo because of ongoing legal proceedings.

Thurman, who was convicted by a jury in 1994 of theft, unlawful imprisonment and murder, was sentenced to 109 years in prison.

Teacher’s Aide Arrested For Alleged Rape Of 17-Year-Old Student. Detectives Say They Had Sex Around 15 Times

Wealth of Congress: Richer Than Ever, but Mostly at the Very Top
Collectively, their gains have outpaced the market, net worth is five times U.S. median