With the first full week of hearings for the House select committee’s investigation into the Jan. 6 attack on the U.S. Capitol now complete, nearly 6 in 10 Americans believe former President Donald Trump should be charged with a crime for his role in the incident, a new ABC News/Ipsos poll finds.

Six in 10 Americans also believe the committee is conducting a fair and impartial investigation, according to the poll.

In the poll, which was conducted by Ipsos in partnership with ABC News using Ipsos’ KnowledgePanel, 58% of Americans think Trump should be charged with a crime for his role in the riot. That’s up slightly from late April, before the hearings began, when an ABC News/Washington Post poll found that 52% of Americans thought the former president should be charged.

An ABC News/Washington Post poll that asked a similar question days after the attack in January 2021 found that 54% of Americans thought Trump should be charged with the crime of inciting a riot.

Attitudes on whether Americans think Trump is responsible for the attack on the U.S. Capitol remain relatively stable. In the new ABC News/Ipsos poll, 58% of Americans think Trump bears a “great deal” or a “good amount” of responsibility for the attack on the Capitol. This is unchanged from an ABC News/Ipsos poll in December 2021 and similar to the findings of an ABC News/Washington Post poll conducted just after the attack in January 2021.

Among self-described independents, 62% think Trump should be charged and 61% think he bears a “great deal” or a “good amount” of responsibility. 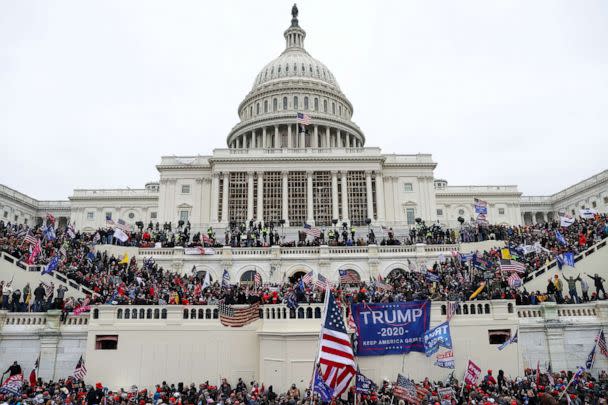 The ABC News/Ipsos poll was conducted after the committee held its third of seven public hearings scheduled for this month, which detail what the committee says was a “sophisticated, seven-part plan” by Trump and his supporters to overturn his 2020 election loss to President Joe Biden.

On Friday, Trump lambasted the hearing, calling the panel “con artists,” while continuing to air false claims about the 2020 election.

“There’s no clearer example of the menacing spirit that has devoured the American left than the disgraceful performance being staged by the unselect committee,” Trump said at a conference hosted by the Faith and Freedom Coalition in Nashville, Tennessee. 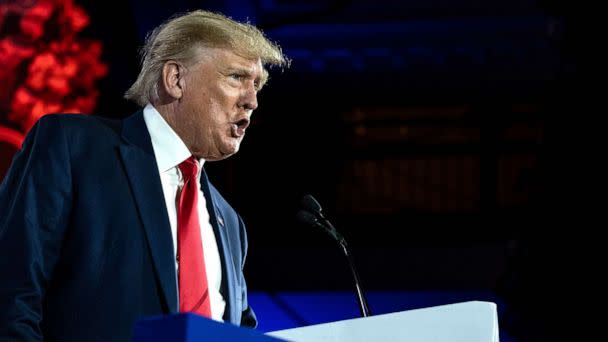 Overall, 60% of Americans think the committee is conducting a fair and impartial investigation while 38% say it is not, the new ABC News/Ipsos poll found. That was evenly divided at 40% in the April ABC News/Washington Post poll, which also found that 20% of Americans had no opinion on the matter just two months ago.

When it comes to the fairness of the committee, Americans are again divided along party lines in the latest poll, with 85% of Democrats finding the investigation fair and impartial, compared to 31% of Republicans. Independents’ views fall in-between at 63%. 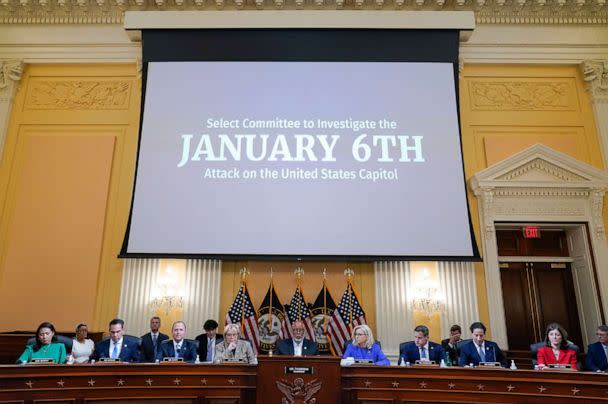 The bipartisan committee, led by chairman Bennie Thompson, D-Miss., and vice-chair Liz Cheney, R-Wyo., is in the midst of summing up its 11-month-long investigation into the attack. So far the hearings have largely focused on how Trump pushed the “big lie” of a stolen 2020 race and the pressure campaign on then-Vice President Mike Pence.

The panel has also shared never-before-seen footage from the riot and interviews with Trump administration and White House officials.

This ABC News/Ipsos poll was conducted using Ipsos Public Affairs‘ KnowledgePanel® June 17-18, 2022, in English and Spanish, among a random national sample of 545 adults. Results have a margin of sampling error of 4.5 points, including the design effect. Partisan divisions are 28-26-40 percent, Democrats-Republicans-independents. See the poll’s topline results and details on the methodology here.

6 in 10 Americans say Trump should be charged for Jan. 6 riot: POLL originally appeared on abcnews.go.com

Cruel and Unusual Punishment: DOJ Instructs VA to Suspend All Benefits of January 6th Prisoner Held in DC Gulag – This is What Happens When “Vindictive Leftists get in Charge”

I’m in shock at what I found—how do I make him stop?