WASHINGTON — One day after a gunman killed four people at a hospital in Tulsa, Okla., President Biden addressed the nation from the White House, vowing to pressure Congress into enacting new gun control measures, including reimposing the assault weapons ban, universalizing background checks and instituting so-called red flag laws that make it easier for judges to declare that troubled individuals can be kept from possessing guns.

“We need to ban assault weapons and high-capacity magazines,” Biden said. “And if we can’t ban assault weapons, then we should raise the age to purchase them from 18 to 21. Strengthen background checks and safe storage laws and red flag laws. Repeal the immunity that protects gun manufacturers from liability. Address the mental health crisis.”

The ambitious vision is sure to run into headwinds on Capitol Hill, where a bitterly divided Senate is struggling to reach a consensus on measures far more modest than the ones Biden envisioned on Thursday night.

The president’s speech, which was announced earlier in the day, had the feel of tragic familiarity. Biden had similarly addressed the nation last month after a racist massacre in Buffalo, N.Y., took 10 lives and, later in May, after a shooter killed 21 people at an elementary school in Uvalde, Texas. 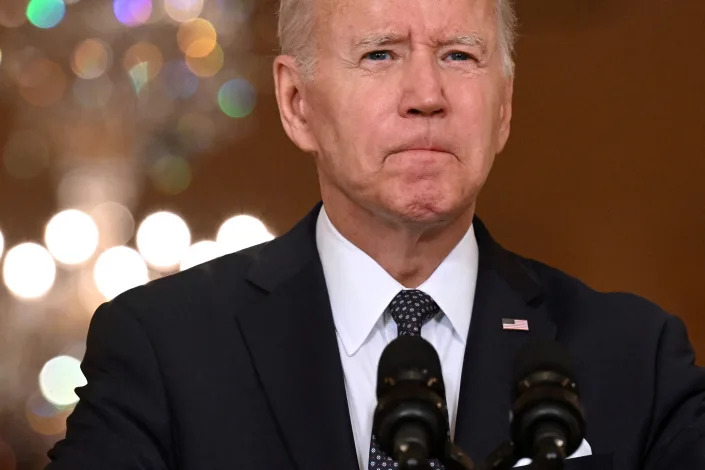 President Biden urged Congress to pass laws to combat gun violence in an address to the nation on Thursday. (Saul Loeb/AFP via Getty Images)

“How much more carnage are we willing to accept?” Biden asked Thursday, much as he did after Uvalde, where the murder of 19 children and two teachers shocked a nation that had become all too accustomed to gun violence.

There have been 20 mass shootings (classified as shootings with four or more victims) since Uvalde, the president noted. There have already been more than 18,000 thousand gun-related deaths in the United States this year, a rate that far exceeds that of other developed nations.

Naming some of the worst mass shootings in recent American history — Columbine, Sandy Hook, Charleston, Orlando, Las Vegas — Biden acknowledged that none of those killings had spurred Congress to impose gun control measures.

“This time that can’t be true,” he said, reassuring Americans that he was not the anti-gun zealot of conservative caricature. “I respect the culture and the tradition and the concerns of lawful gun owners. At the same time, the Second Amendment, like all other rights, is not absolute,” he said, reminding his audience that conservative Supreme Court Justice Antonin Scalia had once made the same point. 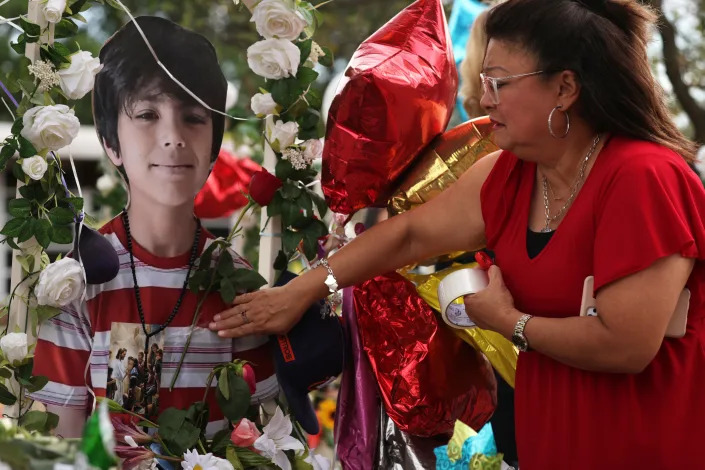 Yvette Reyes of San Antonio puts a rose on the picture of a shooting victim at a memorial outside Robb Elementary School June 1 in Uvalde, Texas. (Photo by Alex Wong/Getty Images)

As a senator from Delaware, Biden helped craft the 1994 assault weapons ban, which research has shown decreased the incidence of gun violence across the nation. The ban expired in 2004, during the George W. Bush administration.

Biden was vice president to Barack Obama in 2012 when a gunman stormed Sandy Hook Elementary School in Newtown, Conn., killing 20 young children and six adults. Obama vowed action, but even a relatively modest bipartisan plan to expand background checks failed to pass muster in the Senate.

Since then, Democrats have been hesitant to expend political capital on gun control. But the slayings in Buffalo, Uvalde and Tulsa appear to have awakened dormant convictions, even as Republican-led states rush to loosen remaining constraints on gun ownership.

Negotiations to forge a compromise on Capitol Hill are currently being led by Sen. Chris Murphy, D-Conn., but those efforts pale in comparison with the agenda Biden envisioned on Thursday. Alluding to broad support in the American electorate for the measures he prescribed — including the assault weapons ban — Biden suggested that this time around inaction could result in backlash at the ballot box in November. 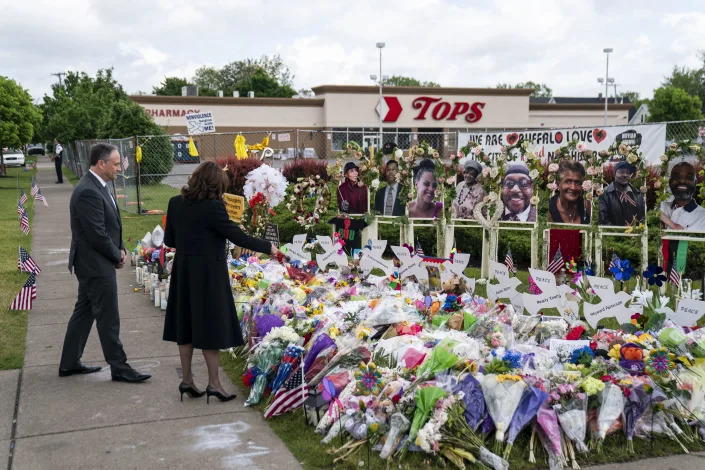 Vice President Kamala Harris and her husband, Doug Emhoff, pay their respects at a memorial for the victims of the recent mass shooting in Buffalo. (Kent Nishimura / Los Angeles Times via Getty Images)

“If Congress fails, I believe this time a majority of American people won’t give up either,” he said. “I believe the majority of you will act and turn your outrage into making this issue central to your vote.”

At one point, Biden deployed the stage whisper he is fond of using for emphasis, channeling the anger felt by so many Americans at the ever-growing toll of gun violence in the country.