A Hyannis man is being held on high bail accused of making a serious threat to shoot up a school and prosecutors say Justin Moreira knew exactly why police came knocking on the door to his mother’s home, where he had locked himself inside his basement bedroom.

“Is this my post about shooting up a school?” Moreira allegedly said to officers as he was escorted to a cruiser, according to a prosecutor in court on Tuesday.

Moreira was arrested Saturday. Police responded to his home after a woman contacted them about a post she saw on Facebook, attributed to Moreira.

That post, according to the prosecutor, read: “I hate you all so much. If you see me on the news for a school shooting, 57 students and teachers injured, or one pops up and never becomes solved, don’t be surprised.”

The prosecutor said when officers went to Moreira’s home, they were met by his mother who led them to his locked basement bedroom, and that Moreria refused to come out. After the door was unlocked by another family member, the prosecutor said officers struggled with Moreira, and “he was taken to the ground and put in cuffs.”

Moreira allegedly told officers as he was put in a cruiser that “he just wants to scare people and it was a mistake. He said he had no intention of shooting up a school” according to the prosecutor.

Moreira’s defense attorney told the court that Moreira suffers from drug and alcohol issues. “He’s been trying to find a job but does not have a job” said Moreira’s attorney. 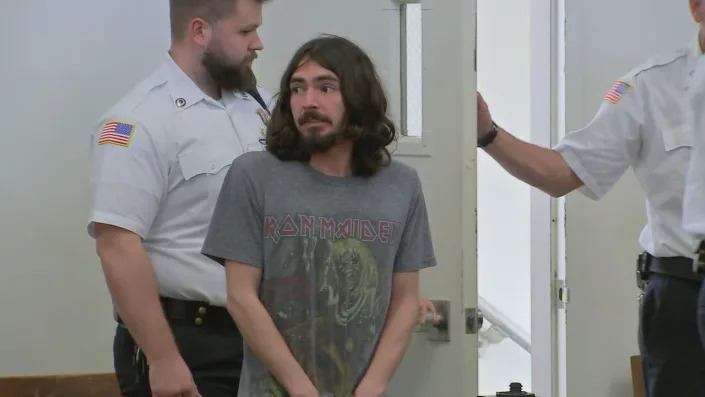 “When you look at what it is that’s posted, I would suggest that it’s consistent with someone who is dealing with their own demons – drinking, drugging – sitting at the desk and posting something. He doesn’t say kill, he says injured” the defense attorney told the court.

Prosecutors also detailed Moreira’s criminal past, including a federal conviction and prison time for an ATF case related to possession of a firearm and a suppressor.

The prosecutor asked for $1 million dollars bail based on his record and past probation issues, while Moreira’s defense attorney asked for a “reasonable bail” and supervision.

The judge decided to set bail for Moreira at $100,000 and ordered GPS tracking for him, and ordered that Moreira cannot use the internet while the case is pending.

He will be back in court at the end of the month.

Sen. Mitt Romney Warns Of Dire Threats To A Blind Nation ‘In Denial’