A woman was shot dead and seven others were injured after a gunman opened fire during an outdoor Memorial Day festival that was attended by around 1,500 people in Oklahoma.

Skyler Buckner, 26, surrendered to the Muskogee County sheriff’s office on Sunday afternoon after authorities issued an arrest warrant against him.

Witnessed said at least 40 shots were fired around midnight on Sunday and bullets were “literally flying everywhere” at the Memorial Day event in Taft, located about 45 miles southeast of Tulsa.

The incident comes with the US reeling after two mass shootings in as many weeks killed nearly 30 people.

Oklahoma’s State Bureau of Investigation said at least one juvenile was wounded in the shooting. The deceased was identified as a 39-year-old woman, while the survivors, who suffered non-life-threatening injuries, were aged between nine and 56.

The bureau said gunfire broke out after an argument, according to eyewitnesses’ accounts.

Describing the chaos at the event, people who were in attendance said that everyone was frantic and people were running for cover as shots rang out.

“Bullets were literally flying everywhere,” Jasmayne Hill, who was working at a food truck during the event, told Tulsa World. 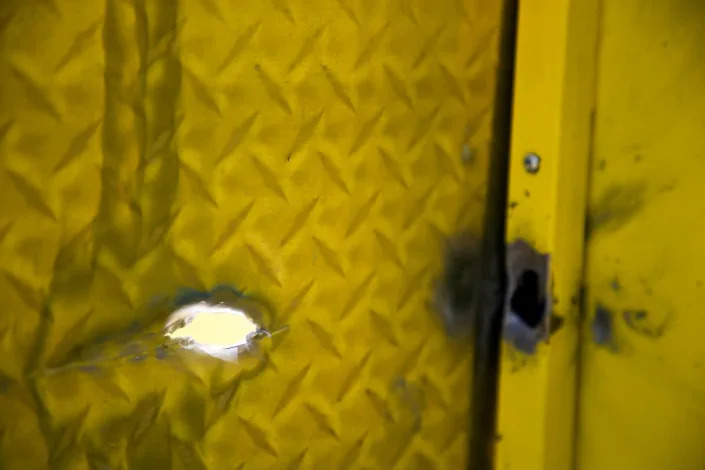 She recalled that she dove to the truck’s floor, along with the owner, to avoid bullets.

“We heard a lot of shots and we thought it was firecrackers at first,” another witness, Sylvia Wilson, told the Associated Press. “Then people start running and ducking. And we were yelling at everyone… ‘Get down! Get down’.”

“I am grateful for the [Oklahoma State Bureau of Investigation’s] swift response to assist local police and am confident in Oklahoma law enforcement’s ability to bring justice to whoever is responsible for this deadly incident,” governor Kevin Stitt tweeted on Sunday afternoon.