A gold tabernacle decorated with jewels — worth an estimated $2 million — was stolen from a Catholic church in Brooklyn over Memorial Day weekend and police are now on the hunt for who carried out the carefully planned heist.

The tabernacle, which is pure 18-karat gold, dates back to the 1890s, according to the Diocese of Brooklyn.

The burglars broke into Saint Augustine Roman Catholic Church in Park Slope and cut through the metal case protecting the tabernacle.

The person is believed to have left through the front door, according to New York ABC station WABC. The perpetrators also made off with the security footage, WABC reported. 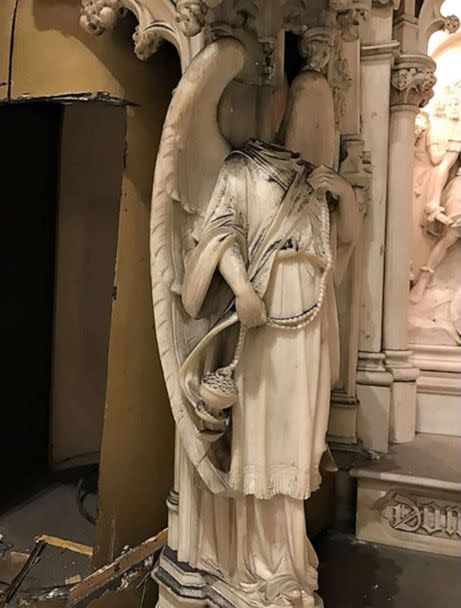 PHOTO: A sculpture of an angel had its head knocked off when someone broke into the Saint Augustine Roman Catholic Church in Brooklyn, N.Y., and stole a golden tabernacle, Friday, May 27, 2022. (Handout/New York Police Dept.)

A statue of an angel beside the tabernacle was also decapitated, authorities said.

The theft took place sometime between Thursday night and Saturday afternoon, according to the New York Police Department. The pastor, who discovered the theft on Saturday, said he believes it took place on Friday. 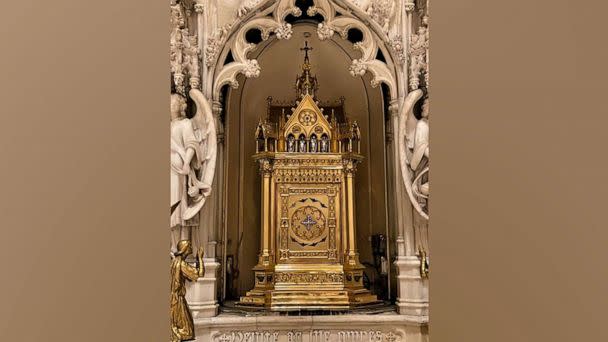 “This is devastating, as the Tabernacle is the central focus of our church outside of worship, holding the Body of Christ, the Eucharist, which is delivered to the sick and homebound,” Father Frank Tumino, pastor at Saint Augustine, said in a statement. “To know that a burglar entered the most sacred space of our beautiful Church and took great pains to cut into a security system is a heinous act of disrespect.”

The burglars also apparently cut into a safe in the church’s sacristy, but there was nothing inside, according to WABC.

The Holy Eucharist, or communion, kept inside the tabernacle was also tossed all over the alter. 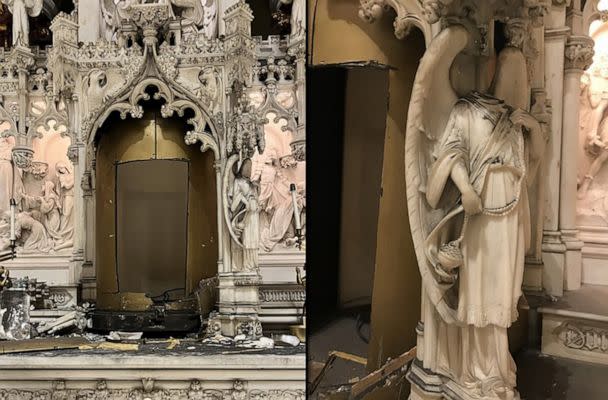 PHOTO: Burglars cut through a metal case to steal the million-dollar tabernacle and knocked the head off a statue at Saint Augustine Roman Catholic Church in Brooklyn, N.Y. (Handout/New York Police Dept.)

It is a ‘pandemic of the VACCINATED’, we told you this! Geert Vanden Bosche said this, Mike Yeadon said this, I, Dr. Paul Alexander said this, bad cattitude (el gato malo) leaned in hard (eloquent)…